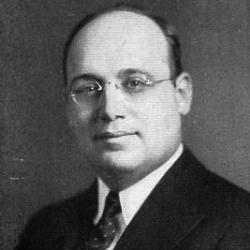 Jesse Douglas won the Belden Medal in his first year at City College. He then continued to win the Fields Medal in 1936. In 1930, he was honored for solving the problem of Plateau, which was an open problem proposed by Joseph-Louis Lagrange in 1760. Jesse Douglas became a full professor at City College in 1955.

He graduated with honors from City College (1916) and received his Ph.D. from Columbia University (1920).